Wally is an experienced counsel and strategic advisor. His practice focuses on alternative and traditional dispute resolution as well as Aboriginal law.

After graduation from the University of British Columbia Law School, Wally went into private practice for a number of years. During this time he was appointed as a Special Prosecutor on many high profile criminal and commercial cases. In 2005, he was appointed as Attorney General of British Columbia and served as Minister Responsible for Multiculturalism until 2009. Wally was involved in many significant reforms of the justice system, including the establishment of Canada’s first community court to deal with chronic offenders, developing new Rules of Court in order to promote quicker resolution of disputes and developing new initiatives in dealing with violence against women.

A lifetime resident of British Columbia, Wally has dedicated his entire working life to the pursuit of social justice and community safety. His landmark report on policing in British Columbia led to many policing reforms after its publication in 1994. Wally’s service to the public of this province, most recently as Commissioner of the Missing Women Commission of Inquiry, is of special significance. 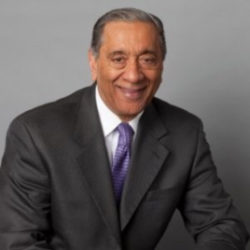