The Honourable Steven L. Point (Xwĕ lī qwĕl tĕl) is one of Canada’s few First Nations judges and was appointed British Columbia’s lieutenant-governor in September 2007. The Chilliwack-born judge was appointed to the provincial bench in 1999 and most recently was working in Abbotsford. When he was just 23 years old, he was elected chief of Skowdale First Nation, a job he held for 15 years.

Point graduated with a law degree from the University of British Columbia in 1985 and set up his own firm where he practiced criminal and Native law for local Sto:lo bands in Chilliwack. He later worked for the federal government and then took over as director of the Native Law program at UBC, a position he held from 1991 until 1994.

In 2005, Point was appointed Chief Commissioner of the British Columbia Treaty Commission, the body that facilitates treaty negotiations between the provincial and federal governments and First Nations. He is a recipient of a National Aboriginal Achievement Award. 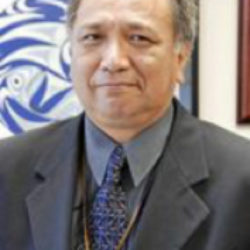