Stephen is Michif (Métis) and a citizen of the Manitoba Métis Federation. His family hails from the Eagle Hills and the historic Métis community located in the Red River Valley, Manitoba. Stephen attended the University of British Columbia’s Peter A. Allard School of Law, as a grateful guest
on xwməθkwəy̓ əm (Musqueam) Territory, where he was among the first UBC Law graduates to be granted a specialization in Aboriginal law. While pursuing his Juris Doctor, Stephen was actively involved in the Indigenous Law Students’ Association, including serving as president in his second year of study. During that time Stephen also worked under Judge Alexander Wolf as a clinician with the Indigenous Community Legal Clinic, working with low-income Indigenous clients in East Vancouver on a number of criminal and family law matters in the British Columbia Provincial Court.

Prior to joining McKercher LLP in 2021, Stephen practiced for five years with a boutique Aboriginal law firm in Vancouver’s Yaletown. Stephen’s practice includes research, economic development, governance, negotiation, consultation, advocacy and strategic advice relating to Aboriginal rights. Stephen has a particular practice interest in Indigenous laws and having them taken seriously as law, equal in weight and force to those of the Crown.

Stephen enjoys hunting, fishing and being on the land. He also takes pleasure in cycling, hiking and traveling. Stephen hopes to use his western legal education to effect positive change both within his community and in the lives of Indigenous people generally. He is driven by a desire to continue the good work of those who came before him, and to leave a better world for our children and future generations. 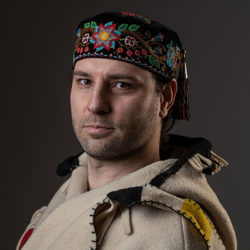