Sheila Begg is a Chartered Arbitrator (1993), Chartered Mediator (2008) and has been on the Mediate BC (and its predecessors) Civil Roster since obtaining a Certificate in Conflict Resolution (1993) from the Justice Institute of BC. With a Bachelor of Arts degree (U of A, 1966) and a Master of Social Work degree (UBC, 1968), Sheila started her career in Medical and Psychiatric Social Work. In the 1970s she moved into health care labour relations and dispute resolution (mediation and arbitration). Over the years, she has mediated, arbitrated or adjudicated hundreds of disputes in many fields.

In the 1980s, after taking the BCAMI Arbitration Courses, she expanded her part time dispute resolution practice into commercial, family and neighbour disputes. She was a BC Provincial Court Small Claims mediator from 2005 until 2015 when the program ended. Always active in the community with a number of organizations, Sheila is a founding director of the Health Sciences Association of BC (1971), Ballet British Columbia (1986) and the Canadian Breast Cancer Foundation (1990). 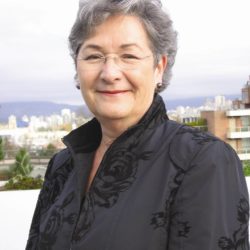