Serge Pisapia is a lawyer with a 40-year experience in the construction industry, the first half of which within a construction company and the second half as an independent neutral in the avoidance, management and resolution of contractual disputes on large construction projects such as the 5B$ construction of new Champlain bridge in Montreal for which he presided the Standing Dispute Adjudication Board.

Since 2017, Mr. Pisapia has been part of IMAQ’s (Institut de médiation et d’arbitrage du Québec) special committee mandated by the President of the Québec Treasury Board to advise it on the drafting of its Pilot project on prompt payments and then to implement it by selecting, training adjudicators and act as the Nominating Authority in Quebec.

He is a Chartered Mediator and Arbitrator from the ADR Institute of Canada Inc.  and also accredited by IMAQ, the Quebec Bar, the Québec Ministry of Justice, Université de Sherbrooke and the International Mediation Institute (IMI).

Fellow of the Canadian College of Construction Lawyers and recipient of the 2020 national Lionel J. McGowan Excellence Award in Dispute resolution from the ADR Institute of Canada (ADRIC), Mr. Pisapia is a member of the construction committee of IMAQ of which he is also a past president, member of the executive committee of the ADR section of the Canadian Bar Association on which he also served as a past Chair of the national section. 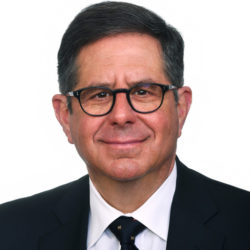