Russell B. Mirasty, Assistant Commissioner RCMP (Retired), will share a story that describes a personal and professional journey that begins on a First Nation in northern Saskatchewan and eventually leads to the Senior Management Team of the RCMP.  A journey that spans Canada and ventures into the Northern Territory of Australia.  A journey that includes personal reflections on the meaning of inclusion and diversity in our country.

Russ resides in La Ronge where he retired to after serving 36 years in the RCMP.

He joined the RCMP in 1976 and served in Saskatchewan for several years.  This was followed by postings to six other provinces including RCMP National Headquarters in Ottawa where he was the Officer in Charge for National Aboriginal Policing Services and National Crime Prevention Services.  His work took him to every province and territory and included an exchange with the Northern Territory Police Service in Australia.  In 2010 he was appointed as the Commanding Officer for “F” Division (Saskatchewan) at the rank of Assistant Commissioner.

Shortly after retiring, Russ was appointed as an advisor for the Student First Engagement process for the Ministry of Education.   Following this work Russ was appointed to the Advisory Group on Poverty Reduction for the province.  Russ was also a board member of the Community Safety Knowledge Alliance as well as the public representative for the League of Educational Administrators, Directors and Superintendents in Saskatchewan.

Russ is the recipient of the RCMP Long Service Medal, the Queens Jubilee Medal and the Meritorious Service Medal. 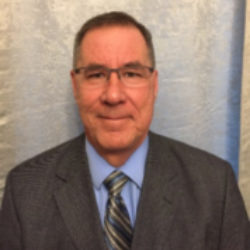