Richard Fyfe is the Deputy Attorney General for British Columbia. He is responsible for leading the Ministry of Attorney General with an annual budget of $583 million. Including responsible crown agencies, he is also responsible for 14,672 staff.
Key aspects of this role include:
• contributing to a major effort to modernize the Justice Sector in British Columbia, increase access to justice and bring about lasting changes that will help everyone deal more effectively with conflict and disputes;
• ensuring strong, respectful relationships with the judiciary and the bar in British Columbia and providing the resources necessary to support an effective legal and court system;
• providing legal advice to government in a manner that supports government in the conduct of public affairs in accordance with the law and public interest; and
• supporting law enforcement through a capable and respected prosecution service.

With a recent reorganization, Richard’s responsibilities now also include: the Gaming Policy and Enforcement Branch; Liquor Distribution Branch; Liquor Control and Licensing Branch; and the Insurance Corporation of BC. Outside his career, Richard has found ways to remain in touch with his community, including at different times as a member of the Greater Victoria Library Board, the Esquimalt Parks and Recreation Committee, the Canadian College of Performing Arts, the Canadian Council for Public Private Partnerships, Literacy Victoria, Victoria Bar Association, and Canadian Bar Association, BC Branch – BarTalk editorial board.

Appointed Queen’s Counsel in 2009, Richard is a recipient of the Premier’s Award for Leadership (2005/06) and the University of Victoria, Gustavson School of Business Distinguished Alumnus Award (2016). He has been involved in both the National and BC Access to Justice Committees, and has been an Adjunct Professor at Royal Roads, Faculty of Business and the University of Victoria, Faculty of Law. 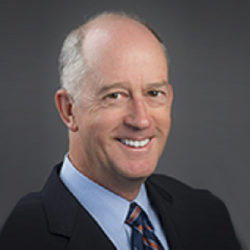