Patricia Lane was called to the Bar of BC in 1979. After working for the Union of BC Indian Chiefs doing early-stage land claims research in BC’s northern coastal communities, she spent ten years negotiating, mediating training, organizing, providing legal services and building community alliances with major unions.  In 1988 she joined the Yukon government’s treaty negotiation team and went on to build capacity with Indigenous and economically marginalized communities across Canada.

In 1991 she became the Director of Public Consultation for the Ontario Fair Tax Commission, engaging over 100,000 people in the process. She returned to BC in 1993 and, after the birth of her son, became a private mediator, helping open up mediation in fields ranging from family law to expropriation. Driven to attempt to provide more access to justice for families, she began offering parent coordination services in 2009 and also holds her C.Arb. Patricia uses her dispute resolution skills in her community work in roles such as Director of Coast Capital Savings, Director of the Sierra Club of BC, helping found Leadnow.ca and Greater Victoria Acting Together both of which support civil society to advance common concerns. She lives in Victoria. 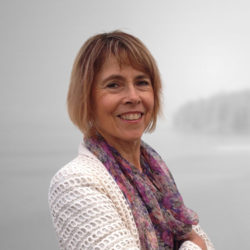