Nora Sahatciu is the former UN Coordination Specialist, a development practitioner who has worked for more than fifteen years in Western Balkans in post-conflict, peacebuilding and transitions to developmental contexts. As a human rights activist and a mediator, she carries a diverse portfolio of knowledge on community and family mediation, negotiation and multi-stakeholder consensus building.

In the last eight years, Ms. Sahatciu led the team of the UN Resident Coordinator in Kosovo, a coordination umbrella for 19 UN organizations in Kosovo until she moved back to Canada at the end of last year. Before that, in 2008- 2011, she managed a UN Development Programme’s support to the Parliamentarians to design social inclusion, gender equality, and human rights policies. From 2006 – 2008, as a Deputy Director, Ms. Sahatciu led the multi-programme team working on return and integration of minorities in support to government priorities with Partners Kosovo- Center for Conflict Management. Ms. Sahatciu held other posts within the UN, civil society and the private sector.

Ms. Sahatciu has been awarded as the First Sustainable Development Goals Champion by the UN Kosovo Team. Her area of expertise and her passion is focused on this complex new global agenda on partnerships for the people, planet, peace, and prosperity.

Ms. Sahatciu is also a board member of the Foundation Salih and Isa Nushi- which awards scholarships to vulnerable and excluded students in Kosovo; the Association of Kosovo Architects, and Partners Kosova. Nora is also a member of the South East Europe Mediation Forum since 2006. 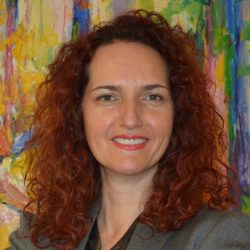