Nicole was called to the bar in 2014 and has both a civil litigation and solicitors practice. She has gained exposure to a variety of legal matters including Aboriginal and Indigenous law, human rights, civil liberties, personal injury, corporate/commercial, employment, and family law.

Specifically, Nicole has worked on issues relating to Indigenous rights, specific claims, negotiations, police excessive force, sex-work and human-trafficking. Nicole has appeared as counsel in both the British Columbia Provincial and Supreme Courts and in the Supreme Court of Canada (Fontaine v. Canada, May 25, 2017).

Before her legal education, Nicole received a Bachelor’s of Science from the University of Northern British Columbia and worked in social services to develop and deliver community capacity, mental health and leadership programs throughout Vancouver Island.

Throughout her career, Nicole has gained skills in legal advocacy, management, strategic leadership and administration. She has a special concern for ending violence against women and the need for equity, diversity and human rights for all Canadians.

In 2017 Nicole was selected to attend the Governor General’s leadership conference and was nominated as one of Vancouver Islands top 20 under 40. During her legal education, the University of Victoria, Faculty of Law awarded Ms Bresser numerous awards and accolades for outstanding academic achievement and in 2012 Nicole was selected to represent Canada as a National Aboriginal Role Model. 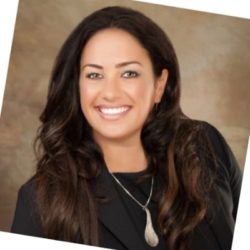