Nancy Cameron is a lawyer, writer, and educator.  She is a family law practitioner, whose practice is in the areas of collaborative law, mediation (Law Society Certified) and Hear the Child Reports (roster member since inception). She is particularly passionate about family justice systems change and is a board member of the Family Justice Innovation Lab and works closely with A2JBC’s Transform the Family Justice System Collaborative.

Ms. Cameron is one of the founders of the Collaborative Divorce Association of Vancouver and was one of the first co-chairs of the group.  She is also a founding Board member and first president of the BC Collaborative Roster. She has led and designed training in the collaborative process and dispute resolution, and has been a speaker and trainer in the areas of collaborative law and dispute resolution to groups across Canada and the United States, as well as in Europe, Australia and Asia. She has been an adjunct professor at both the University of British Columbia Law School and is a continuing adjunct professor in the LLM for Dispute Resolution program at Hong Kong University.

Ms. Cameron has written numerous articles on Collaborative Practice, as well as a book:  Collaborative Practice: Deepening the Dialogue, which has been translated and published in Italian and Portuguese, and currently is being translated into German. She was president of the International Academy of Collaborative Practitioners 2009. She received her Queens Counsel Designation in 2005, and has been named to the peer-reviewed Best Lawyers in Canada (in the field of Alternate Dispute Resolution) since 2012, and named Best ADR Professional, Vancouver, 2014. In 2019 she received the Law Society of British Columbia’s Excellence in Family Law Award. 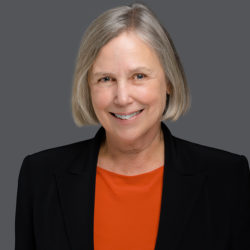