Mohamed M Keshavjee is a lawyer, author and international cross-cultural specialist on mediation is a graduate of Queens University where he did his LLB, and London University where he attained his LLM and PhD. He was called to the Bar at Gray’s Inn London and Osgoode Hall, Canada. He has practiced law in Kenya, Britain, and Ontario.

Dr. Keshavjee is a former member of the Steering Committee of the World Mediation Forum, a member of the Advisory panel to the Secretary General of the International Social Service of Switzerland, and a consultant to The Hague Conference on Private International Law on the role of Mediation in addressing those cases of cross-border child abduction where The Hague Convention of 1980 is inapplicable. He was the first Canadian to receive the Gandhi King Ikeda Peace Award, conferred upon him for his work in peace and human rights education.

From 2000 to 2010, Dr. Keshavjee was Director of International Training Programs at the Secretariat of HH the Aga Khan in  France, where he was responsible for training mediators in the CAB system, having conducted programs in some 25 countries within Asia, Africa, Europe and North America.

He is a member of the Board of Trustees of the Darwin International Institute for the Study of Compassion in the UK, and presently lectures on ADR at universities in London and countries within the Commonwealth. 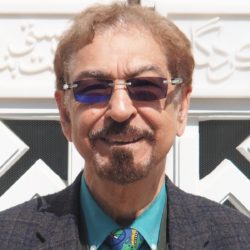