Michelle Maniago is a partner in our Corporate Commercial Litigation Department in our Vancouver office. She is currently a regional lead of BLG’s Appellate Advocacy Group and is also a member of our Class Action and International Trade and Arbitration Groups. Michelle practices in the area of civil litigation, class actions, and arbitration, with an emphasis on commercial and corporate disputes. She also routinely provides strategic and statutory compliance advice to individuals and corporations. Michelle has extensive experience with class action proceedings in Canada, particularly in the areas of consumer protection claims, competition claims and banking-related claims. Her class action defense practice has covered a wide range of industries and she has represented retailers, financial institutions, aviation companies, manufacturers, and telecommunication companies. She has acted as arbitral counsel both domestically and internationally in several commercial arbitrations in a wide range of industries, including complex contractual disputes and commercial lease disputes. She also has specialized experience with complex commercial litigation, corporate governance, advertising / competition law, plans of arrangement, privacy law (including access to information requests), and inter-jurisdictional evidentiary matters (including obtaining and enforcing Letters Rogatory or Letters of Request).

Michelle has appeared as counsel before the Court of Appeal for British Columbia, the Supreme Court of British Columbia, and the Youth Justice (Criminal) Court. She also has appeared as counsel before both domestic and international arbitration tribunals. Prior to beginning her articles at BLG, Michelle completed a one-year judicial clerkship with the Court of Appeal for British Columbia. During law school, she completed Osgoode Hall’s Intensive Program in Aboriginal Lands, Resources and Government. As part of that program, Michelle spent two months in New Zealand developing a legally focused rehabilitation program for maximum-security prisoners who were about to be released from custody. She also received Osgoode Hall’s class prize for constitutional litigation. 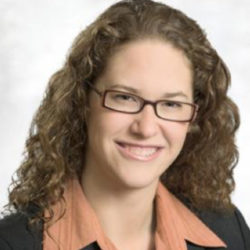