Michael was called to the British Columbia bar in 1981 and practices and acts as a mediator and arbitrator in family, commercial and civil law matters. He has been a mediator since 1997. Michael was appointed Queen’s Counsel by the Province of BC in 2017. Based in Penticton, he works primarily in the southern BC interior region including the Thompson-Okanagan and Kootenays, but is happy to travel elsewhere in BC where his services are sought. Holding designations of C. Med. and Q. Arb from ADR Canada, he is a Law Society Certified Family Law Mediator and Family Law Arbitrator and is a civil mediator and arbitrator. Michael is a Fellow of the Chartered Institute of Arbitrators, a member of the Mediate BC Med/Arb Roster, the ADRBC Civil Roster and acts as a mediator for the Law Society in fee disputes between lawyers and clients. Michael is a Bencher of the Law Society of BC, and a Past President of both ADRBC and the CBABC. Between 2017 and 2020 he was appointed by the BC government as a Tribunal Member of the Civil Resolution Tribunal. Michael writes regularly for the Advocate, a legal magazine in BC, both legal articles and as its wine columnist, and has also published several articles in BarTalk magazine and the Canadian Arbitration & Mediation Journal. He is periodically asked to talk on ADR, legal and wine-related topics for various legal groups and at continuing legal education programs. 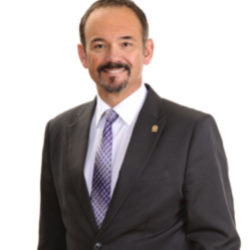