Michael was called to the British Columbia bar in 1981 and practices as a mediator and arbitrator in family, commercial and civil law matters. He has been a mediator since 1997. Based in Penticton, he works primarily in the southern BC interior region including the Thompson-Okanagan and Kootenays, but is happy to travel elsewhere in BC where his services are sought. He is a Law Society Certified Family Law Mediator and Family Law Arbitrator and is a civil mediator and arbitrator, He is a Fellow of the Chartered Institute of Arbitrators, a member of the Mediate BC Family Roster and Med/Arb Roster, the ADRBC Civil Roster and acts as a mediator for the Law Society in fee disputes between lawyers and clients. Michael is a Bencher of the Law Society of BC, and immediate Past President of both ADRBC and the BC Branch of the CBA. He is an executive committee member of the CBA National ADR Section. He is appointed by the BC government as a Tribunal Member of the Civil Resolution Tribunal. He writes regularly for the Advocate, a legal magazine in BC, both legal articles and as its wine columnist, and has also published several articles in BarTalk magazine and the Canadian Arbitration & Mediation Journal. He is periodically asked to talk on ADR, legal and wine-related topics for various legal groups and at continuing legal education programs. 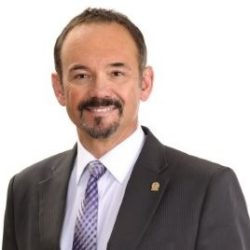