Marie-Claude Asselin is the Chief Executive Officer of the Sport Dispute Resolution Centre of Canada since April 2007. She holds bachelor and master’s degrees in Physical Activity Sciences from Université Laval, pursued doctoral studies in Sociology and recently obtained an Executive Certificate in Conflict Management from the University of Windsor Law School. She possesses a multi-faceted perspective of amateur sport with over 40 years of experience as athlete, coach, official, administrator, and volunteer.

Before joining the SDRCC, Marie-Claude was Manager of Education at the World Anti-Doping Agency, where she was responsible for developing doping prevention and education programs. From 1997 to 2002, while employed by the Canadian Olympic Committee, she held responsibilities in Games management, in high performance services and in athlete services.

In addition to having taught undergraduate courses at the university level, Marie-Claude is an experienced public speaker. She presented at numerous symposia, workshops and conferences in Canada, the United States, Australia, Europe and Africa. She is a member of the Council of Europe’s Ad hoc group on Human Rights and Athletes in Doping.

She coached ice hockey, basketball and soccer at different age categories from toddlers to elite, including three years as assistant coach in women’s interuniversity basketball, and she acted as learning facilitator with the National Coaching Certification Program for 7 years. Parallel to her coaching career, Marie-Claude was also a basketball referee for 13 years and held positions of assignor, instructor, supervisor, and administrator in various local officiating organizations. She still volunteers in the organization of an annual fundraiser for a local swimming and triathlon club and as a Board member of Excellence sportive de l’île de Montréal. She is married and the proud mother of three teenagers and she speaks French, English and Spanish. 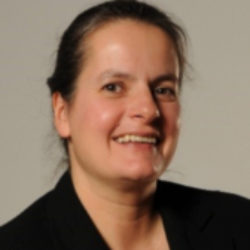