Lee L.M.G. Nevens (Mx/they/them) is a civil litigator for the Department of Justice Canada in Vancouver. They are a Director on the Board of the Canadian Bar Association, BC Branch, have co-chaired its Sexual Orientation and Gender Identity Community section for many years, and are chair of BC’s Legal Equity and Diversity Roundtable. They also hold similar roles within the Department of Justice, including co-chairing its national Sexual Orientation and Gender Identity and Expression Advisory Committee and the BC region’s Diversity and Inclusion Action Committee.

In these various capacities Nevens has led, organised and facilitated countless education and advocacy projects, with a particular emphasis on trans issues. The Canadian Bar Association recently honoured their work in this area by awarding them the 2022 Touchstone Award, which recognises the successful promotion or furthering of equality in the legal profession, the judiciary, or the legal community in Canada.

Nevens holds a BA from McGill University and a JD from UBC. Prior to being called to the bar, they were a clerk for the Nunavut Court of Justice, intern at the International Criminal Tribunal for the former Yugoslavia, and policy analyst for Legal Services Society BC. However, they count some of their many varied pre-law jobs among their most formative, including midnight shifts at Dunkin Donuts, farm labourer, and receptionist at the worst hostel in all of London.

In their spare time, such as it is, Nevens sits on the Board of Vancouver’s Zee Zee Theatre Company, is a wannabe powerlifter, and is a dedicated dabbler in random arty, sporty and nerdy courses and activities. 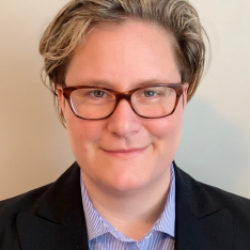