Kenneth (Ken) Glasner, Q.C. is an experienced arbitrator and mediator based in Vancouver.  He was appointed a Federal Queen’s Counsel in 1990. He is a Fellow of the Chartered Institute of Arbitrators (FCIArb) and a member of the International Institute of Conflict Prevention and Resolution (CPR) Panel of Distinguished Neutrals based in New York. Ken is also a past Trustee of the British Columbia International Commercial Arbitration Centre (BCICAC) now known as VanIac.  He was also a member of the working group of the Uniform Law Conference of Canada (ULCC), dealing with standardization of legislation in domestic disputes. He has also been a frequent lecturer and contributor on the subject of ADR, including drafting ADR clauses and designing mediation systems for self-regulated professions.  A number of his articles and papers have been published both in Canada and in the United States. Ken was a contributor to the textbook titled, “A Practitioner’s Guide to Commercial Arbitration” published in Canada in 2017.  The title of the paper is “Shifting the Paradigm: Moving from Litigation to Arbitration”. Ken has over the years contributed 4 articles published in The Advocate; the most recent in May of 2020 titled, “New Arbitration Act Introduced in British Columbia”.  His website also contains a paper titled “Commercial Lease Rent Review Arbitrations”. – although he informs me it needs updating. He was appointed a member of the Arbitration Advisory Group to the Ministry of Attorney General in British Columbia. 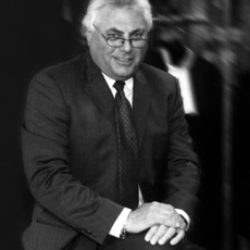