Kathryn has a long-standing interest in consensual dispute resolution, obtaining her mediation training at Harvard Law School (Program on Negotiation) in 2012 and through the American Arbitration Association University in 2013. She is a member of both the Mediate BC Civil and Family Rosters and is accredited as a “family dispute resolution professional” (mediator and arbitrator) by the Law Society of British Columbia. She is a member of the domestic and mediation panels of the British Columbia International Commercial Centre and a Member of the Chartered Institute of Arbitrators. She was appointed Queen’s Counsel in 2015. 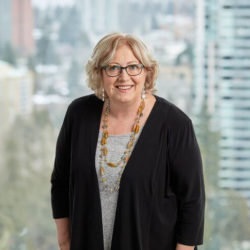