Mr. Lalji is the Chairman of the Ismaili Conciliation & Arbitration for for B.C. The primary objective of CAB is to provide dispute resolution services to the Ismaili community in the areas of commercial, matrimonial and family maters, including those relating to matrimony, children of marriage, matrimonial property, and testate and intestate succession. CAB also works with other Ismaili Institutions in the areas of dispute prevention, conflict management and addressing issues that arise during and after the dispute resolution processes. CAB services are provided on a completely voluntary basis without charge.

In addition to the Chairman of the Conciliation & Arbitration Board for B.C., Mr. Lalji also serves a Chairman & CEO of Microbion Pharma Corp. Microbion is developing a new class of anti-biotics.

Mr. Lalji began his career with Merck & Company in Rahway, New Jersey. While at Merck, he led the infectious disease new product portfolio with responsibility for anti-biotics and anti-virals. Mr. Lalji was a key member of the team that ultimately led to the discovery of the triple cocktail for treating HIV infections which revolutionized the management of HIV infection. Mr. Lalji led the pre-launch and launch of CRIXIVAN – the driver of the triple cocktail regimen.

Mr. Lalji then joined Sepracor, Inc. in Boston, Massachusetts, where he was Vice President of Business Strategy and New Product Commercialization. Mr. Lalji was the primary architect of LUNESTA – a novel drug for the treatment of insomnia. Subsequently, as Chief Commercial Office of Cardiome Pharma, Mr. Lalji led the build out of a commercial sales organization in Europe.

Mr. Lalji served on the Board of Overseers of Harvard University’s Beth Israel Deaconess Medical Center in Boston, Massachusetts, a leading academic teaching hospital until 2018. He is currently a Board of Overseer Emeritus. Mr. Lalji is a member of the Board of Directors of AccelRx. Mr. Lalji is also the Chairman of Sitka, company developing treatments for urological cancers. Mr. Lalji holds a Science Masters in Health Policy and Management from Harvard University in Cambridge. He also holds a BBA from Simon Fraser University in British Columbia, Canada. 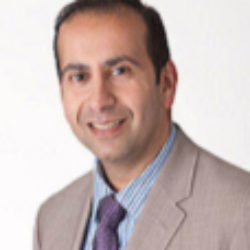