John-Paul E. Boyd Q.C. is a family law lawyer, author, speaker and consultant. He is the principal of John-Paul Boyd Arbitration Chambers, a member of the bars of British Columbia and Alberta, and counsel to the preeminent Calgary family law firm Wise Scheible Barkauskas. John-Paul spent fourteen years practicing in Vancouver before joining the Canadian Research Institute for Law and the Family at the University of Calgary as its executive director in 2013. He returned to private practice in 2018 and was appointed Queen’s Counsel in 2019. He now provides services as an accredited family law arbitrator, mediator and parenting coordinator throughout British Columbia and Alberta.

John-Paul is a frequent speaker on family law, justice reform and dispute resolution processes for the National Judicial Institute, the Association of Family and Conciliation Courts, other continuing professional education providers and the National Family Law Program, and has taught the upper-year family law course at the University of Calgary. His written work has been published by the UBC Law Review, Canadian Family Law Quarterly, the Canadian Journal of Family Law, the International Journal of Law, Policy and the Family, the federal Department of Justice, the National Judicial Institute and the Nova Scotia Department of Justice. He is the founding author of the acclaimed public legal education wikibook JP Boyd on Family Law, now in its third edition, and its former companion blog, the first law blog cited in a Canadian court judgment.

John-Paul is a juror of the Walter Owen Book Prize, awarded by the Canadian Foundation for Legal Research, and the Allan Falconer Memorial Essay Contest, administered by the Canadian Journal of Family Law. He is a member of the ADR Institute of Canada, Family Mediation Canada and the Association of Family and Conciliation Courts, and a past fellow of the International Academy of Family Lawyers. He presently serves on the national executive committee of the Canadian Bar Association’s Child & Youth Law Section.

John-Paul was instrumental in establishing the BC Parenting Coordinators Roster Society in 2006 and the BC Hear the Child Society in 2009. He is a recipient of the CBA’s National Pro Bono Service Award, the UBC Law Alumni Association’s Outstanding Young Alumnus Award, the CBA British Columbia’s Pro Bono Award and the Distinguished Service Award presented by the Law Society of Alberta and the CBA Alberta. 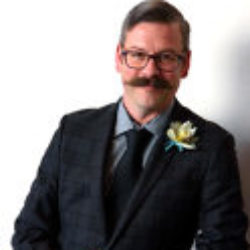