Known as Si Sityaawks – (Woman who creates change), Jessica is from the Gitxsan and Tsimshian First Nations with extended roots among the Tahltan and Nisga’a Nations.

Currently serving as Assistant Deputy Minister for the Reconciliation Transformation and Strategies Division, Jessica is leading British Columbia’s cross-ministry work to adopt and implement the United Nations Declaration on the Rights of Indigenous Peoples (The Declaration), the Truth and Reconciliation Commission of Canada’s Calls to Action, and learnings from relevant case law. As part of this transformation, she has led, in collaboration with the First Nations Leadership Council, the development oflegislation to implement the UN Declaration in provincial law. The Declaration on the Rights of Indigenous Peoples Act received Royal Assent in November of 2019. Now her Division is leading the development of the Provincial Action Plan to support implementation.

Jessica joined UBC’s School of Public Policy and Global Affairs as a Public Policy Fellow in 2020. She is an experienced community developer whose portfolios have focused on issues related to race relations, residential school, sexual health, sex work, Indigenous women and gendered violence. She was the first Indigenous woman in Canada whose work as a municipal social planner focused solely on the health and safety of sex workers and impacted communities, gendered and racialized violence, and the prevention of youth sexual exploitation.

She has previously held positions working on the Residential School Settlement Agreement and the National Film Board documentary Finding Dawn, a film about missing and murdered Indigenous women in Canada. Jessica is a long-time organizer with the Vancouver DTES Women’s Memorial March Committee. 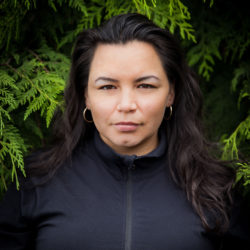