Early in her career Janet McKay was focussed on the retail sector, and after 8 years as general manager of an upscale chain, formed her own sales and marketing company. Janet concurrently held direct distribution contracts with several specialized wholesale luxury brands. With the changing market of the 1990’s, Janet adapted her business with the design and manufacture of specialised products.

In 2009, Janet sought a change and wanted to apply her entrepreneurial skills in working with a non-profit organisation and became the Manager of Business Development for the ADR Institutes of Ontario and Canada. Although Janet had no prior experience in the dispute resolution field, she learned a great deal “on the job” and has benefitted from ADRIC’s ADR courses and ongoing learning.

Janet was appointed Executive Director of ADRIC in 2014 and continues to expand ADRIC’s public and national presence in Canada. 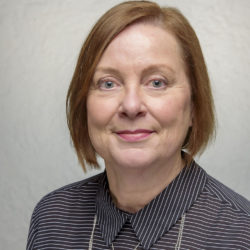