Jitender Pal Sengh’s name is synonymous with mediation in India.  He took it up as a cause, as he wanted to do something good for society.  He is continuing with his mission and is putting all his efforts to accomplish it.

He is the founder organizing Secretary of the Delhi High Court Mediation and Conciliation Centre.  He has received his training in India and abroad in United States of America where he has undergone Training of Trainer program at S.J. Quinnery College of Law, Utah.

Completed Commercial Training Program conducted by Bangalore Mediation Centre in association with JAMS and the Foundation for sustainable Rule of Law Initiatives.

He has been associated with several workshops and given lectures on various subjects organized by several organizations and institutions.

He was nominated counsel of Rajya Sabha Secretariat and Senior Counsel for Central Government.

He is the Secretary General of Maadhyam International Council for Conflict Resolution.

He has been elected as the Vice President of the Delhi High Court Bar Association for several terms. 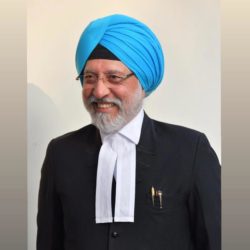