Harvey J. Kirsh has more than 45 years of experience in the arbitration, mediation and litigation of complex construction claims and disputes arising out of infrastructure, public-private partnership, transportation, energy, resource, residential, industrial, commercial, and institutional projects. He has been included in the Chambers Global list of Canada’s top arbitrators, and is the recipient of the Ontario Bar Association’s Awards of Excellence in both Alternative Dispute Resolution (2015) and Construction and Infrastructure Law (2018).

Harvey has been included in the Chambers Global list of Canada’s top arbitrators, and has the distinction of having been elected as a Fellow of the College of Commercial Arbitrators, which is an elite organization of internationally recognized commercial arbitrators whose professional training and experience qualify them to undertake the most complex and difficult arbitration assignments. He was the Founding President and is an Emeritus Fellow of both the Canadian College of Construction Lawyers and the American College of Construction Lawyers. A prolific writer, he is also the Founding Editor-in-Chief of both the Construction Law Reports and the Construction Law Letter. His professional bio, recognitions, and testimonials may be accessed at http://kirshadr.com/. 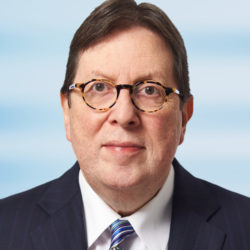