Bill Veenstra practices in the areas of commercial, construction and real estate litigation with the firm of Jenkins Marzban Logan LLP, where he has been associate counsel for the past eleven years. Bill began his career with a large national firm where he practiced for 14 years. Before that, he was a law clerk with the British Columbia Court of Appeal. Bill has extensive experience resolving disputes through negotiation, mediation, arbitration and trial proceedings.

Bill is very active in the Canadian Bar Association, having served as President of the BC Branch for 2017-2018 (and now serving as Past President). He was also Chair of the CBA’s national Civil Litigation section in 2013-2014. Bill studied law at the University of Victoria and was called to the bar of British Columbia in 1992. 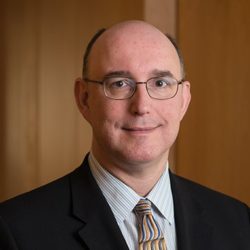