Gordon Sloan started mediating in 1985. He founded ADR Education in 1997 providing dispute resolution services across Canada. He was joined by Jamie in 2001. After many years of diverse practice, they were joined by Sylvie, Jessica and Andrew in 2010 and Robert in 2018. Although Gordon retired in July 2018, he is still working with ADR Education as needed.

Gordon’s interests in dispute resolution have been panoramic, ranging from work with individuals to large corporations, governments and First Nations. He is fascinated by the role intense values and group identity play in conflict resolution. Gordon’s intervention practice has included workplace advice and assessment, multi-party cases in the public policy arena, facilitation of value-charged conflicts and a full array of litigation mediation.

One of Canada’s best known trainers and teachers of dispute resolution, Gordon has delivered negotiation and mediation courses to a wide array of audiences in every part of the country. He has taught and advised in academic settings as well as the private sector and government at all levels. He has provided training programs and seminars in dispute resolution to professional bodies, First Nations, government departments and agencies and NGOs.

Gordon is passionate about his own adult learning and is quick to share that interest with others.  His degrees are in Religion and Law. 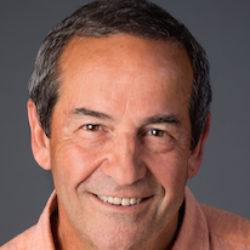