Scottie graduated from UBC Law at the tender age of 38 in1988 and was called to the bar in 1989. Prior to attending law school he worked in the construction industry and held a Journeyperson’s trade qualification. Scottie left the trades, then  obtained a Diploma in Counselling and a Diploma in Criminal Justice at Fraser Valley College (now University College of the Fraser Valley), taught in Adult Education, worked briefly as a counselor and carried out contract research for BC corrections and Correctional Service of Canada. He earned a BA in Criminology from Simon Fraser University, while working towards his MA at SFU taught sessional courses in criminology and criminal justice at the college level with the goal of teaching in the Community College system.

His interest in law eventually resulted in him becoming a lawyer. His interest in teaching continued after he was called, presenting at CLE-BC family law courses and similar courses for lawyers for some 20 years and is regularly a Guest Instructor in Family Law for PLTC. For years he was involved with the CBA-BC as Co-Chair of the Westminster Family Law Subsection, then as the BC representative to the CBA National Family Law Section amongst other CBA activities.  He is a practice advisor in family law, mediation and ADR for CBA-BC. Although Scottie has, at various times, appeared in all levels of Court in the province, his view is that court is normally not good for children or other living things

Scottie was originally certified as a Mediator by the Law Society in 1994 and has practiced almost exclusively family law for the last 30 years.  He is a long-time member of Collaborative Divorce Vancouver. Scottie is a charter member of the BC Parenting Coordinators Roster Society (“Roster”) since shortly after its start in 2009, is accredited by the Law Society as a Mediator, Arbitrator and Parenting Coordinator.  He  served on the Roster’s Board of Directors for 9 years until his term aged out in 2022, was Chair of the Membership Committee for 6 years and stays active with Roster committees.  As a Family Law Dispute Resolution Professional he normally works outside the court process and more recently often as a Parenting Coordinator. 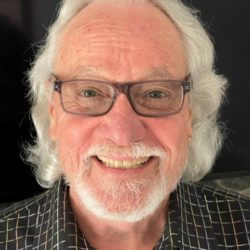