Evelyn Bernstein is the Manager of the Automobile Injury Mediation Office (AIM), which mediates disputes between Manitoba Public Insurance (MPI) and individuals who have suffered bodily injuries from a motor vehicle accident and disagree with a decision made by MPI under their no-fault Personal Injury Protection Plan.  Evelyn was responsible for developing and implementing the mediation program from its inception 10 years ago.

Prior to being brought on to develop the AIM program,  Evelyn served as the Ombudsman at the University of Manitoba, a position she held for almost 12 years.

Evelyn has been involved in mediation for over 20 years including running her own mediation firm, Endispute Mediation, acting as the Executive Director of Dispute Resolution Services Winnipeg office, and serving in various executive and advisory positions with organizations such as the ADR Section of the Manitoba Bar Association, Family Mediation Manitoba, the Association of Canadian College and University Ombudsman as well as the Steering Committee for Mediation in the Manitoba Court of Queens Bench.

Evelyn holds a Bachelor of Arts degree and a Law degree from the University of Manitoba and has been admitted to both the Manitoba and California Bar. 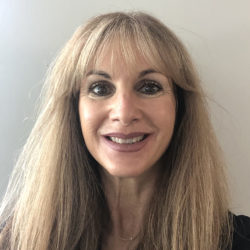