Her experience as an educator includes developing and teaching courses to strata managers for their relicensing program and also through the Professional Association of Managing Agents, with a particular emphasis currently on teaching through supported group study as opposed to lecture style delivery. Her volunteer work includes teaching seminars to council members and strata owners through the Condominium Homeowners Association of BC, as well as teaching dispute resolution professionals for the ADR Institute of BC, formerly BCAMI, and coaching articled students in mediation as part of the Professional Legal Training Course. She enjoys coaching arbitration “role plays” for the ADR Institute of BC and helping participants prepare for their new role as an arbitrator. She is a frequent contributor to the CHOA News, and the Scrivener.

Elaine is particularly passionate about arbitration proceedings and has arbitrated many strata disputes, and acted as counsel in strata and commercial arbitration disputes. She has served as a sole arbitrator and as a member of an arbitration panel. Elaine has arbitrated in the area of personal injury as well as “documents only” ICBC vehicle damage claims. She has been involved in a wide range of mediations, including human rights matters, construction issues and personal injury. 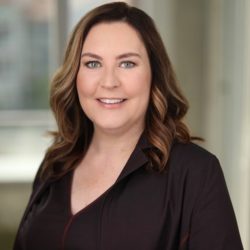