Kekinusuqs, Dr. Judith Sayers, is the President of the Nuu-chah-nulth Tribal Council and an adjunct professor with both the School of Business and Environmental Studies at the University of Victoria.

Judith is on the boards of BC Ferries, Island Corridor Foundation, and BC Achievement Foundation.

Judith received Clean Energy BC’s Lifetime Achievement Award, was inducted into Canadian Council of Aboriginal Business Hall of Fame and has been the recipient of the Bora Laskin Fellowship on Human Rights, a Finalist for the Buffet award for indigenous leadership and twice awarded the Woman of Distinction from the Alberni Chamber of Commerce. She has received the Silver Award from the Canadian Environmental Association for Climate Change.  Judith is also a member of the Order of Canada. 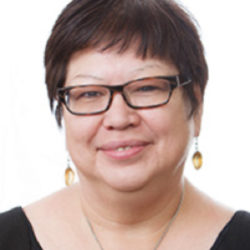