Dr Thiessen is President of iCan Systems Inc., the developer of the Smartsettle eNegotiation system. Dr Thiessen has led iCan’s research and development efforts since 1993 to implement the ICANS patent, creating the world’s first secure multiparty collaborative negotiation support system on the Internet.

Prior to founding iCan Systems Inc., Dr Thiessen worked for 17 years as a consulting engineer and researcher in Canada and in Nepal.

Dr Thiessen received his PhD degree from Cornell University in 1993, majoring in Water Resource Systems Planning and Analysis in the School of Civil and Environmental Engineering. While at Cornell University, Dr Thiessen developed an efficient methodology to solve very complex negotiation problems. This methodology has been patented and implemented in the form of eight algorithms that are fundamental to collaborative negotiations seeking fair and efficient resolutions. The resulting intelligent engine now powers both Smartsettle ONE (for the simplest possible cases) and Smartsettle Infinity (for the most difficult multiparty cases). 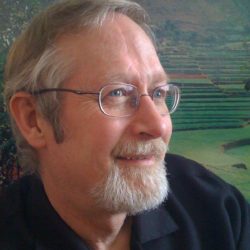