Douglas Horne is Chairman and CEO of Golden Leaf Capital Group (GLCG). GLCG is a boutique investment and project management firm focusing on four sectors – Real Estate, Education, Clean Technologies and Biotech. He also leads the GLCG’s investment in Evanesce Packaging Solutions a truly biodegradable and compostable packaging material about to commence production. Douglas is a corporate development specialist. He has over 25 years of experience building successful teams and businesses in many industries. He has taken many companies public, raised millions of dollars in financings, and is well versed in regulatory and public affairs.

Immediately before entering politics, Douglas was Managing Director and CEO of Maple Leaf Studios Ltd., a leading international design and production studio that created innovative and engaging experiences for international themed attractions, world fairs and expos, visitor centres and destination resorts. Douglas was instrumental in the success of British Columbia – Canada Place (the log house) during the 2006 Winter Games in Torino, Italy. In addition, Douglas worked with Russian business leaders and the City of Sochi on their successful bid to host the 2014 Winter Olympic and Paralympic Games. As well as the design of one of the central theme pavilions and the General Motors Pavilion for the Shanghai 2010 Expo, and several themed retail projects in the Middle East.

Before Douglas co-founded Maple Leaf Studios, he worked in corporate finance and developing capital market strategies since 1990. First under the guidance of Dr. Steven Funk as a senior officer with the Canadian Maple Leaf Financial Group and later he co-founded his own firm, Advanced Strategies Inc., which had offices in Vancouver, Toronto and Melbourne, Australia. Douglas studied business administration at Simon Fraser University. 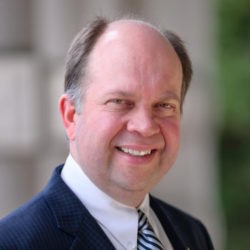