Dawn completed a B.A. in Anthropology from the University of Victoria in 1984 where she initially developed an interest in indigenous matters and First Nations governance followed by an LLB from the University of Windsor in 1988.  She articled with Clark Wilson in Vancouver and was called to the British Columbia Bar in 1989.  Dawn completed her mediation training in 1992 and 1993 and became a qualified mediator in 2019.

Her first position was a 6-month contract commencing in May 1989 to work on the BCGEU’s arbitration backlog project.  She was hired by the BCGEU as a staff representative in the Victoria Area office in October 1989 and was assigned responsibility for public service workers in Local 1201 (Administrative Component), Local 201 (Healthcare Component) and Component 401 (Corrections).  As part of these responsibilities, Dawn handled grievances up to including arbitration hearings, hours of work umpire hearings, harassment complaints investigations and proceedings and labour board hearings and was responsible for master agreement component and other related sectoral bargaining.

In 1992, Dawn was appointed to the BCGEU’s bargaining integrity project that participated in the Commission of Inquiry in the Public Service and Public Sector (Korbin Commission).  She was then assigned to position of Coordinator, Special Projects and participating as the senior BCGEU representative on the restructuring of the Ministry of Health to create the health authorities and the labour adjustment strategy for the transfer of public service employees into the health authorities.

Dawn was also responsible for all labour relation matters associated with restructuring or reorganization activities within public service ministries for the period of 1993 to 1996.  She participated as BCGEU labour representative in the Governor General’s study tour in 1995 in which her work group toured Western Quebec to examine employer-employee relationships across private sector, public sector and not-for-profit sector in wide variety of organizations.  In late 1996, she left the BCGEU.  In January 1997 she established Dawn Wattie Law Corporation. In March 1997, Dawn participated in a review of the contracted Social Services Sector led by Doug Allen, former Deputy Minister.

From 1997 to present, Dawn has continued to provide labour relations and employment law advice, act as counsel on arbitration and Labour Relations Board application matters, undertake private sector collective bargaining and representation continued to undertake investigative and mediation services on harassment complaints for private and public sector clients.

From 2000 to 2005, Dawn lived and worked within the WSANEC peoples territorial lands on Vancouver Island. For this period, she provide advice to the WSANEC peoples (Tsartlip, Tsawout, Tseycum and Pauquachin band and councils) regarding matters related to collective bargaining, employment and policy for the Lauwelnew Tribal School, band and council matters, and for child and family services.  She also worked with Nuu-chah-nuth Economic Development Commission on policy matters.

From 2001 to 2006, Dawn was the corporate solicitor for the University of Victoria’s Innovation and Development Corporation working with academics and industry to bring innovation to the market.

Since 1997, She have built a corporate commercial practice that assists clients, locally, nationally and internationally to bring innovative products and services to the market including providing advice on business structure, restructuring, merger and acquisitions, financing, commercial transactions including licensing, manufacturing and distribution, drafting shareholder agreements, assisting in resolution of shareholder and partner disputes and corporate succession planning. 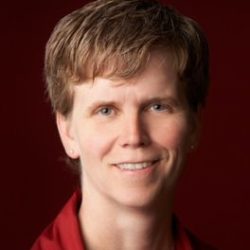