Colleen was called to the Bar in 1986 and practised in Vancouver with a focus on commercial and construction litigation and professional negligence claims, including three years as in house Claims Counsel with the Lawyers Insurance Fund. She started mediating in 1998 and was appointed Queens Counsel in 2006. Colleen has worked exclusively as a mediator, arbitrator and trainer since 2011.

Colleen is a Chartered Mediator of the ADR Institute of Canada and a member of the B.C. Arbitration and Mediation Institute, Mediate B.C., the Law Society of British Columbia (Retired Member), and the Canadian Bar Association. She is on both the mediation and arbitration panels of the B.C. International Commercial Arbitration Centre.

From 2003 to 2007 Colleen served as President of Mediate B.C. and taught Mediation Advocacy as an Adjunct Professor at the University of British Columbia, Faculty of Law. A frequent presenter, Colleen has written and spoken extensively on litigation and alternate dispute resolution and teaches the annual Fundamentals of Mediation course for CLE. Since 2003 she has provided negotiation consulting and training to clients around the world with ENS International based in Sydney, Australia, a global consulting network in over 48 countries and 10 languages. 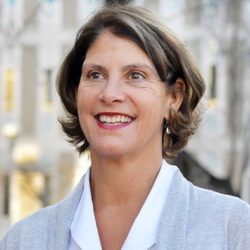