CHERIE WILLIAMS takes access to justice, fairness, and equality seriously. She is an inspirational
leader, community activist, and mentor who tells stories to inspire action and at the same time
grounds her ADR practice solidly in law and policy. Respected as a credible voice in decision
making, she leads by example, always doing her best and encouraging others to do the same.

Currently, as Founder and Principal of Zero In, Cherie Williams has been prominent in calling for
broader utilization of arbitration, mediation, and adjudication to resolve disputes as a means to
provide cost-effective and quicker access to justice. As an adjudicator and arbitrator, she is
regarded as a highly competent neutral who can quickly grasp the legal and personal aspects of
complex cases while dissecting the most critical issues expeditiously. As a mediator, Cherie
combines a light touch with reserves of energy and good humour coupled with an acute awareness
and respect for the gravitas of the issue to be resolved.

Cherie’s contributions to the field of ADR include serving as a member of the ADRBC Symposium
Organization Committee and a member of the ADRBC Mediation Education Committee.
Previously, as Vice-Chair of the Family Court Youth Justice Committee -Vancouver, (FCYJC-V) she
and the Chair successfully lobbied for the inclusion of youth and First Nations as integral voices on
the FCYJC-V. She helped design the practice and standards part of a pilot restorative justice
project for Vancouver schools.

In her role as Manager of Fair Practices, Cherie created a departmental vision and made it reality
through sound strategy development. She intuitively saw the threads of opportunity that
connected the role of the office with the mandate of the organization and provided stakeholders
with an avenue to resolve complaints.

Cherie holds an MA from the University of British Columbia, a BA and B Ed from Simon Fraser
University. She is a Certified Mediator and Certified Arbitrator through the ADR Institute of
Canada and an adjudicator appointed by the Province of British Columbia. She currently serves
on the Board of Directors for Community Living Victoria – The Foundation. 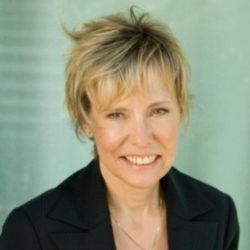