Carol obtained her law degree from the University of Saskatchewan in 1987 and has practiced family law in the Greater Vancouver area for over 25 years. Carol has experience at all levels of court, including the British Columbia Court of Appeal and the Supreme Court of Canada. She has extensive experience in complex family law matters, including property division, maintenance, and custody and access disputes.

Carol was a Bencher of the Law Society of BC from 2004 – 2011, when she completed her final term and became a Life Bencher. Carol sat on several Committees and Task Forces at the Law Society, including Chair of the Family Law Task Force at the Law Society. This Task Force was responsible for developing the Regulations for Family Law Mediators, Arbitrators and Parenting Coordinators, which was approved by the Benchers. Carol continues to sit on Law Society Discipline Hearing panels. Carol was appointed Queen’s Counsel in 2010. For over 15 years, Carol has been helping couples resolve their disputes outside of the courtroom, as a family law Mediator and a Collaborative family lawyer. Carol is also an accredited family law Arbitrator. She is one of the pioneering members of the Collaborative Family Law Group serving the Lower Mainland and became a member of the Vancouver Collaborative Divorce Group in 2001. Carol has been an instructor and coach for Continuing Legal Education (CLE) on several occasions, including the Family Law Conference in 2001, 2005, 2007, 2009 and 2011. In addition, Carol has assisted CLE develop the Family Law Arbitration course in BC and is an Instructor of the Family Violence Screening course. Carol also recently assisted in updating the Family Mediation Training course for CLE.

Carol completed her Masters of Law in Alternate Dispute Resolution at Osgoode Hall Law School in 2014. Carol’s thesis for her LLM program included a training manual in the area of Med-Arb, which is one of the first of its kind in North America. Carol has taught this course in BC on several occasions and also in Ontario. Carol was instrumental in encouraging Mediate BC and BCAMI to develop Standards of Conduct for Med-Arbitrators, which were approved in February 2017. Carol was the original member of the Mediate BC Med-Arb Roster.

Carol continues her litigation practice at Quay Law Centre, the largest group of family lawyers in BC. In addition, in 2012 Carol established West Coast ADR Law Group, which is focused on ADR options including: mediation, arbitration, med-arb and collaborative law. 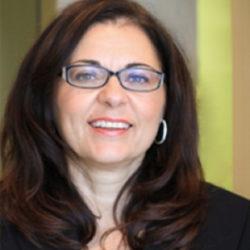