Carla Bekkering is originally from Abbotsford British Columbia. She graduated with a bachelor of arts degree from Simon Fraser University in 1987. She then pursued her law degree and graduated from the University of Victoria in 1991. She articled at a prominent Vancouver law firm and was called to the British Columbia Bar in 1992. Carla was selected as a judicial clerk for the Tax Court of Canada and completed her clerkship in Ottawa, Ontario and then returned to British Columbia. Carla Bekkering is one of the founding partners of Bekkering York.

Outside of her work life, Carla is a martial artist who holds the rank of black belt (2nd dan) with the World Taekwondo Federation in South Korea. She attends at her home dojang where she studies under Grand Master Byung Kyu Lee (9th dan) and Master Seong-Yeon Lee (6th dan) and leads classes under their guidance. Carla is also an avid equestrienne. 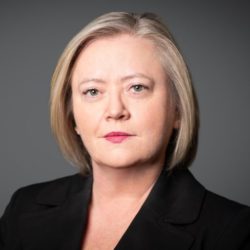