Azool Jaffer-Jeraj received his Bachelor of Arts degree from the University of Western Ontario and a Bachelor of Laws degree from the University of Victoria. He is a partner in the Vancouver firm of Dohm, Jaffer & Jeraj where he practices in the areas of Plaintiff’s Personal Injury Law, Family Law and Wills and Estates. Azool has seventeen years of combined professional experience and training and has successfully argued at all levels of court, including the Supreme Court of Canada. Azool is an extremely active member of the legal profession, having served on the executive of a number of legal associations, as well as volunteering extensively within the community and with Access Pro Bono. Azool served as the President for the Trial Lawyers Association of BC, and is currently a member of their Board of Governors.

He is regularly asked to speak at Continuing Legal Education and Trial Lawyers Association Seminars, as well as within the community at large. When not in trial, he makes use of mediation as a way to resolve his clients’ legal disputes. Azool is an accredited mediator both with the Centre for Effective Dispute Resolution in the United Kingdom and the Law Society of British Columbia. As a member of the Ismaili Conciliation and Arbitration Board for British Columbia he regularly mediates commercial, matrimonial and estate matters locally and internationally. As a mediation trainer for the International Conciliation and Arbitration Board, he has trained mediators in Canada, the United States, Australia, France, Madagascar and Tanzania. Azool speaks four languages, including Kaachi, Spanish and French. 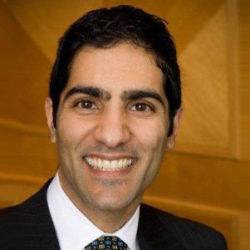