Ann holds a J.D. and a LL.M in International Economic Law and acts as arbitrator and advocate in international and domestic arbitrations.

She is experienced in cross-border commercial disputes involving a variety of oil and gas issues, franchise law, partnerships, sales contracts (including those governed by the United Nations Convention on Contracts for the International Sale of Goods), and commercial contracts pertaining to manufacturing, supply, warranties and project development.

Ann is recognised as a leading disputes lawyer having been named to Global Arbitration Review’s “Who’s Who Legal: Arbitration” since 2015, named to The Best Lawyers in America, International Arbitration-Governmental since 2014, and in 2014 and 2017 named Lawyer of the Year, International Arbitration –Governmental (Houston) by The Best Lawyers in America. In 2020, the Association of Women Attorneys Foundation recognized Ann as a “Premier Woman in the Law” and in 2008, she was named one of 30 “Extraordinary Women in Texas Law” by Texas Lawyer. In 2016, she was the recipient of the University of Houston Law Center’s “Private Sector Achievement Award.”

Ann is a member of the panel of neutrals of various arbitral institutions and has appeared as counsel and acted as arbitrator (both party appointed, presiding and emergency) in numerous arbitrations (both ad hoc and administered).

She is President of the Chartered Institute of Arbitrators (CIArb), a past member of the Board of Trustees of CIArb and a past Chair of the North America Branch of CIArb. 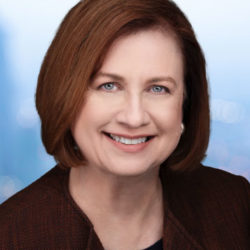