Alexandra has appeared as counsel before all levels of court in British Columbia, as well as the Federal Court and the Supreme Court of Canada. Knowledgeable of a variety of arbitration rules, Alexandra’s expertise includes cases with the ICC, the ICDR, the AAA, the LCIA, ICSID, VanIAC, and the Fruit and Vegetable Dispute Resolution Corporation (DRC).

Alexandra teaches Civil Procedure as an Adjunct Professor at the Peter A. Allard School of Law at The University of British Columbia.

Alexandra is also a Director of the Vancouver International Arbitration Center and on the Advisory Board of the Young Canadian Arbitration Practitioners, as the recent Past President. 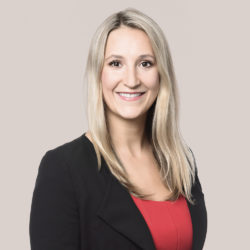